Home » At Play » Life in Colorado » Ride to the Sun Reunion: Tropic, Utah 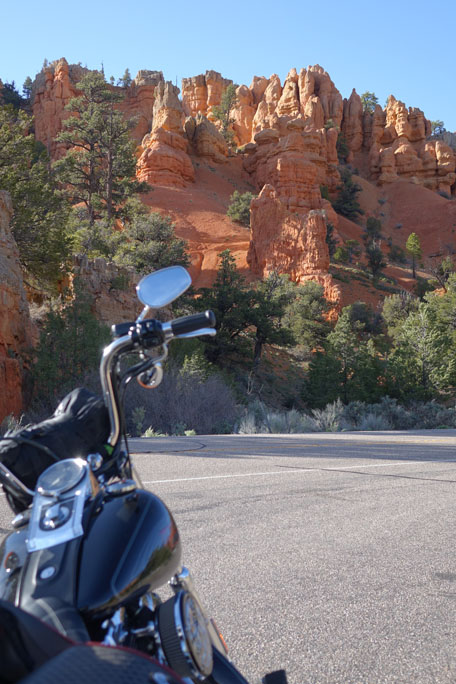 300 of it into some of the strongest headwinds I’ve faced yet.

After 6 hours my neck, shoulders, and forearms were burning.  Tough riding conditions have a way of making me reflect …

It was late afternoon and hot in Nebraska. I was baked, parched, burned, annoyed, and worn out.  I pulled off the road at an intersection of two country roads, mine going North-South, the other one East-West.  I took off my helmet and gloves, and shed my jacket.  I had one bottle of water left, and I was going to slowly pour it over my head and let it run down my chest and back, down my pants, and into my boots.  Biker air conditioning. 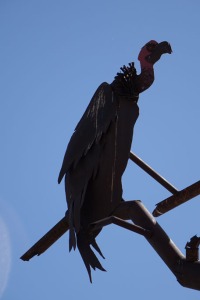 While I was unscrewing the bottle cap, a black chopper with a long haired biker wearing black leathers and carrying only a round day pack on the rear fender roared past me, heading West into the sun.  He cast a perfect silhouette, stretched forks, long hair trailing behind, and a slouch that would make a vulture proud.

It was a memorable motorcycle moment.

To have one, everything has to be right.  The bike, the weather, the road, you.  Mostly you.  If you’re not right, the moment goes right past you.  And you won’t even know you missed it.

It only happens to me on a Harley.

I still remember where I was sitting when they brought in the smooth talking new management guy to tell us that, henceforth, there would be no more problems at Sun.  Only opportunities.  I had to bite my lip so I wouldn’t squeak from the back of the room …

Houston, we have an opportunity.

Today’s buzzword, and I hope it’s yesterday’s buzzword soon, is passion.  Management wants us to be passionate about our work.  Sure.  Passion is a powerful motivator.  While it lasts.

Sorry boss, I lost my passion for build 12.  I’ve got a thing for ham radios, now.

I’ll leave passion for the bedroom or perhaps the garage, and take old-fashioned reliability to the office.  Which means that plenty of the time work is going to feel like anything but passion.  That’s why they called it work in the first place, in case some of you young punks were wondering.

And so it comes to pass that in a work environment, sooner or later the boss will ask me something dumb like why my performance evaluation isn’t done and all I’ll want to do deep in my soul is lift him by his lapels and growl straight into his face, “Because I don’t give a shit!”

Instead, I’ll tell him I’ll get right on it.  Like I always do.  Because I have a family.  I’ll do it day in and day out.  Week after week.  Month after month. Over the years, all that restraint?  It shrivels my soul.  After enough years, I want to scream. 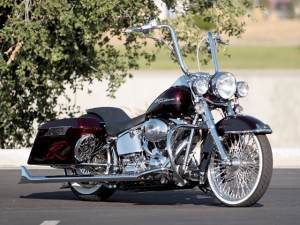 BMW’s, Hondas, Triumphs, and the others, they are fine motorcycles. But Harleys are the proverbial Middle Finger to the Man.  They are some of the slowest motorcycles made, the heaviest, the poorest handling.  Yet  with a defiance that gives me solace, they claim to be Number One.  When the industry demands performance, they deliver blinding chrome.  When the pundits vilify their 19th century engineering, they equip their bikes with hand-stitched leather seats.  And when sportbikers mock them for going too slow around corners, Harlistas drop the suspension even lower, add apes, and install fishtails.

Harleys are my scream.  That long-haired black rider on the blacked-out chopper, he’s my Tyler Durden.

2 thoughts on “Ride to the Sun Reunion: Tropic, Utah”